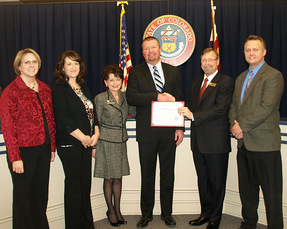 There were many great happenings this year in Center Schools due to the hard work of district employees, perhaps too many to mention.  If I were asked to point to our most significant group and individual accomplishments, these would make my list.

2.  8th Grade CSAP results increase at a tremendous rate. 8th graders scored the highest level of proficiency in any tested area ever for the district in reading, not a single 8th grader scored unsatisfactory in writing, and more students scored ADVANCED in 8th grade math than even scored proficient just several years ago.  In addition to this, science performance was the highest we have ever achieved for 8th graders. 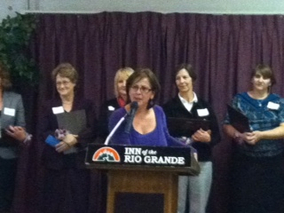 4.  Lloyd Garcia achieved his 400th victory as a varsity baseball coach in Colorado, all of them at Center High School!

2.  Kevin Jones was given a Commissioner of Education Leadership Award for the work he has been doing guiding the success of Center High School.

Other staff and individual efforts worth mentioning in this section include Center School Board Secretary Miguel Cendejas’ testimony in the Lobato v Colorado trial, the hard work of the many Americorps workers who passed through our doors, the breakout presentation of how to create school success through the operation of a building leadership team process by the Skoglund Middle School-Center High School BLT at the annual CASE convention, the highest known model rocket launch in North America by a team of Center Schools students and teachers, the creation of a Sunshine Committee to improve the Haskin Elementary work culture,  the rebirth of a Skoglund Middle School History Fair program, the creation of a Center Schools Technology Think Tank by a group of teachers, Chris Vance’s work on streamlining the new statewide administrator evaluation tool for the Colorado Department of Education, and the Middle-High staff “Flash Mob” on the first day of school as well as the Haskin Elementary Air Band performance for students and community members at the annual Halloween Parade. 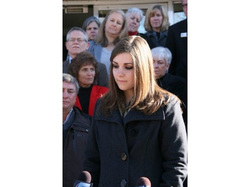 10.  Opening a new district high school, the Center Virtual Academy, to meet the needs of students who can’t attend our traditional or alternative high schools.

9. Developing district level quarterly assessments in key subject areas to measure the periodic growth of students in relation to their achievement of Colorado’s new common core plus learning standards.

8.  Being chosen as a CDE Senate Bill 191 pilot implementation site for administrator and teacher evaluation and beginning the process of evaluating administrators and teachers based on standards established in SB 191.

7.  The continuation of Haskin Elementary School’s relationship with the folks from Lindamood-Bell and the implementation of the LMB reading process through regular classroom instruction and summer and after school reading interventions.

6.  Continued Center Schools administrator leadership training through a relationship with Focal Point and through a Valley grown effort to create a shared Professional Learning Community with the Monte Vista School District.

5. Work conducted toward the implementation of a new K-10 district curriculum aligned to new Colorado Common Core Standards.  This process means every teacher in these grades knows exactly what they need to teach and every student knows what they will be held responsible to learn.

4.  Weathering an additional $300,000 in budget cuts without eliminating any current employees and even providing nominal raises.

3.  The adoption and implementation of a concise set of Center School District Core Beliefs.

2.  The design and beginning of construction of a brand new PK-12 school facility for the children of Center.

1.  During any other year in the history of Center Schools any one of the top seven “Big Things We Are Working On” could have been the major story of the year for the district but in 2011 seven years of hard work came to fruition with the long awaited trial and judge’s decision in the Lobato v Colorado lawsuit.  Center Schools, the Center community, and the entire San Luis Valley has been involved in this lawsuit since its beginning and once the decision becomes validated by the Colorado Supreme Court school districts all over Colorado will be given a fair chance to meet the modern educational needs of their students.


Other big items of note this past year include our continued efforts at implementing the Haskin Elementary Turnaround Grant, a recently created student behavior improvement initiative by the Haskin Elementary Building Leadership Team,
the development of an effective district wide Learning Objective and Demonstration of Learning Rubric for use by teachers in the planning process, training and supporting teachers in the use of multiple student engagement strategies, and entering into an Intergovernmental Agreement with the Town of Center to share services and resources for the benefit of the school district and town.

2011 Center Schools Quote of the Year

"We are not just building walls here in Center. What we are doing on the inside of our schools is most exciting. We have a great staff here. A staff that works hard to grow our students. A staff that strives to learn and grow themselves. It is with great pride that we can reward them for their efforts with new learning communities. I want to thank all our staff for all they do for the students here in Center."  -Center School Board President Michael Lobato at the New School Groundbreaking Ceremony in May

2011's Most Loyal and Courageous Moment

When Miguel Cendejas testified as a Center High School graduate and a parent of current Center students. He said he sees instructional improvement over when he attended school in Center. He also testified that he realizes educating a child from poverty takes a different set of resources than those needed for the education of more affluent children. When the state’s cross-examination turned toward Miguel's role as a Center Schools Board Member, he skillfully answered many questions in an honest and revealing fashion. When Mr. Cendejas was prompted with a final question that was attempting to lead him to consider moving his children to another school district. Miguel responded, "Center is my home, EVERYTHING is here, why on earth would I take them to another school?" 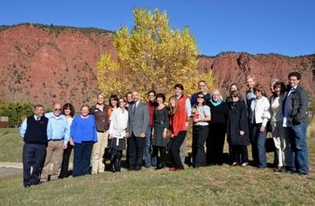 I would be lax if I did not add that 2011 was the most rewarding year of my educational career, highlighted by experiencing “groundbreaking day” for our new PK-12 facility, my lead off and clean up testimony in the Lobato v Colorado lawsuit, becoming president of the Colorado Association of School Executives , and having the opportunity to tour the state of Colorado with Lieutenant Governor Joe Garcia in an effort to focus the state on the issue of early childhood literacy.


Thanks for listening once again!  I look forward to touching base with you each week during 2012!