Happy 2013! To celebrate the new year we are taking a look back at Center School District happenings from the past 12 months.

Following is a countdown of the many wonderful accomplishments of staff members in the Center Consolidated School Distrcit during 2012.

#5.  In 2012 Skoglund Middle School and Center High School were each named Colorado Legacy Foundation Healthy Schools Champions because of the great work each has been doing through student and staff wellness program work and implementing an anti bullying program.  Though much academic improvement has been achieved at each of these schools because of improved classroom instruction, we believe such growth would not have been possible without the parallel efforts that focus on student health and wellness. 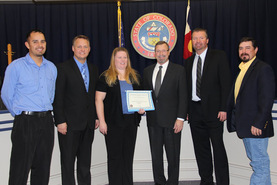 #4.  In 2012 Center High School was once again recognized as a Center of Educational Excellence by the Colorado Department of Education.  This award is given to schools in Colorado that exhibit significant student achievement growth despite serving an extremely high-risk student population.  2012 marks the fourth straight year Center High School has earned this award.  This means that for the past seven consecutive years Center High School students have been making greater than 50th percentile growth in all state tested areas.  This is an amazing feat and it can only be attributed to wonderful students, an outstanding staff, great principals, and very supportive parents. 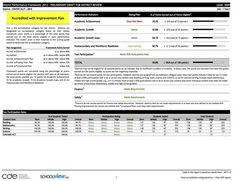 #3  In 2012 the Center School District improved its statewide accreditation ranking from Accredited with a Priority Improvement Plan to Accredited With Improvement.  This was the result of several straight years of academic improvement shown by Center Schools students as measured by state of Colorado CSAP and TCAP tests. 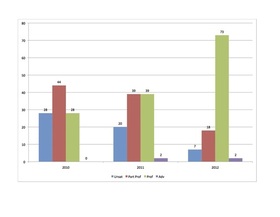 # 2.  In 2012 Haskin Elementary School 3rd grade TCAP reading results showed students posted a 35% increase in proficient and advanced performance over 2011 results.  This significant growth came only two years into implementation of a 3 year, $550,000 per year federal school turnaround grant that has supported systemic change in the school of approximately 300 students.  After scoring only 28% proficient or advanced in 2010, the school’s 2012 result landed 3rd grade reading performance at 76% proficient or advanced: 2% higher than the state average. 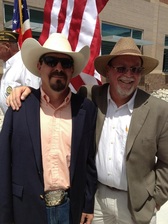 #1.  Of course the greatest accomplishment of the Center Consolidated School district for 2012, and perhaps the current generation, was the opening of a brand new 31 million dollar PK-12 facility funded in part by Colorado’s Building Excellent Schools Today grant program.   At the ribbon cutting ceremony held in late July Center School Board President Michael Lobato probably put it best when he said , “this is a promise that we will continue to reach out and offer you the best education possible.”

You can see a video of the ribbon cutting ceremony at the following link:  http://www.youtube.com/watch?feature=player_embedded&v=ZeF4f6QP_tA

2012 also witnessed many wonderful individual accomplishments by folks associated with the Center Consolidated School District.  Here is a short list of some of these exciting happenings.


#6.  Long time Center High School science teacher Russel Braiden was named the district’s Teacher of Year for 2012.  Mr. Braiden was honored for his great work as a science teacher, his adoption and expert use of instructional technology, his involvement in student activities, and the leadership he displayed through his work on the Center High School-Skoglund Middle School Building Leadership Team.

#5.  In 2012 Center High School enshrined Jimmy Bevan in its Athletic Hall of Fame.  Bevan, a member of the Center High School class of 1979, was given this honor for outstanding athletic performance as a high school student, and a tremendous career in athletics after high school including coaching stints at Adams State College, and Rice University. 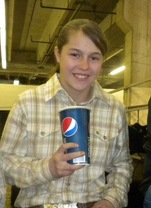 #4.  Skoglund Middle School student Jordan Lobato qualified for an all expenses paid trip to attend the International Sustainable World Engineering Energy and Environment Project (ISWEEP) Olympiad in Houston, Texas.   She accomplished this by landing in the top ten of the nation among middle school students, qualifying her project titled “Colummized, Sand Filtered, Parabolic-Ultra Violet Sterilization of Water for the Developing World and Crisis Situations.”

#3.  This year Center High School Class of 2012 graduate Diego Pons was honored for courage and persistence by being inducted into the Colorado Wrestling Hall of Fame this past spring. 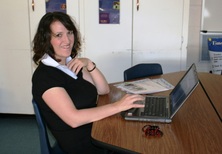 #2.  Center Schools Contracted Counselor Katrina Ruggles and the Center Consolidated School District was presented with a “Together for Tomorrow” outstanding school site award in Washington D.C. for work she has coordinated in the Center School District related to staff and student wellness efforts, a focus on postsecondary student readiness, and the effective use of Americorps staff members to support education.

Top Big Things We Are Working On

These are the top things we focused on during 2012 that we believe will have the greatest long-term effect on student learning:
Center Schools helped to establish and is now participating in the San Luis Valley Race to the top Consortium.  This group of 14 SLV districts is working to establish a vision for the future of education in South-Central Colorado, to openly share educational talent, skills, and resources, and to work together to secure funding to accomplish common education goals for San Luis Valley students.

Haskin Elementary School embarked on a one-to-one iPad project, whereby all students in grades Kindergarten through 3 have been assigned instructional tablets loaded with educational apps to support growth in reading and math.  We believe that within the next five or so years use of such educational resources to support instruction will be the norm in Center, and most schools throughout the United States. 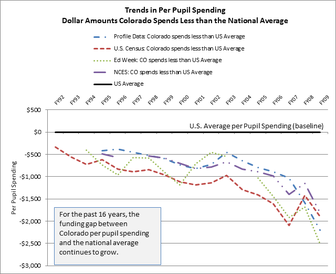 During 2012 the Center School District has been on the front lines when it comes to implementation of Colorado’s Senate Bill 191 style teacher and principal evaluations.  The work we are doing related to this is changing the way our buildings are led and vastly improving the quality of classroom instruction for all students.

Finally, the Center School District has been keeping a close eye on efforts being made to reform the way schools are financed in Colorado.  We believe the legislature may put a question in front of Colorado’s voters in 2013 that could significantly change the way K-12 education is paid for.  District leaders have been involved in these planning processes and will continue to advocate for the needs of students in rural districts with high-risk student populations as has been done in the past.