Our Top Student Academic and Athletic Accomplishments of 2014

At Center Schools we do our best to educate the whole child.  With an intense focus on outstanding classroom instruction, our primary goal is to ensure each student receives an excellent and personalized education experience.  However, we realize that providing additional opportunities for our students to share their unique talents on a larger stage, academically or through extracurricular athletics, is an absolute must.  We are truly proud of the amazing academic and athletic accomplishments our Center School District students achieved during 2014.  Though there were many, these are the ones I think were most impactful.

#8 CHSAAA "You Can Play" Video 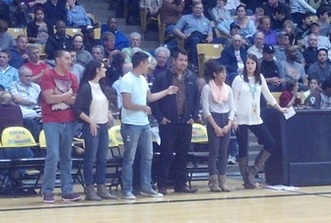 In spring 2014 the Center High School video productions class entered the CHSAA “You Can Play” short story competition and this effort received the most votes of all statewide projects!  As a result the Center High School students who were involved in the production were invited to attend the 4A and 5A state championship basketball games where they were recognized at center court between contests when their video was shown to the entire crowd on the large screen video monitor.  If you would like to see the video click on this link: https://www.youtube.com/watch?v=ac-A9QLL-eI 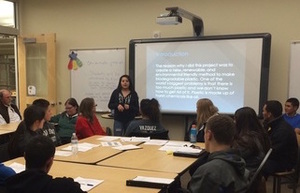 In 2014 Center High School student Daisy Garcia earned an Honorable Mention in the senior division Environmental Science competition at the Colorado State Science and Engineering Fair for her research project on biodegradable plastics.  Along the way she also earned an SLV State Award of $50, the American Association of University Women Award of $200, the ASM International Award of $150, the Society of Manufacturing Engineers Award of $100, a $4,000 Scholarship to Colorado School of Mines, and a $4,000 Scholarship to Colorado State University Pueblo! 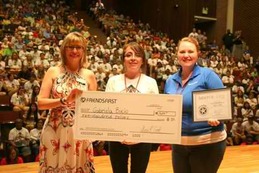 This summer Center Schools class of 2015 member Gabriela Bucio was recognized with a national award at the Friends First-STARS National Conference held in Denver, Colorado.  STARS is a national organization, including a chapter in Center, that focuses on providing students with tools to make positive life choices to lead them toward successful futures.  Gabby was bestowed with the first ever STARS Mentorlife award!  This award was created to honor one student per year who has exemplified the core values of the STARS program.  The Friends First organization believes the Mentorlife recipient should be a young man or woman who has someone investing in them, who is also willing to invest in others.  Gabriela has served on the STARS National Conference Youth Staff and has been pointed to as a wonderful example of what a STARS Youth Mentor should be!

#5 Back to back KEY Club Lieutenant Governors 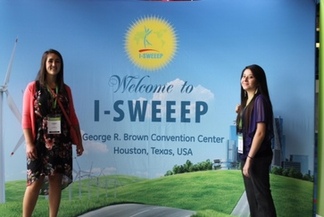 In 2014 two of our Center High School scientists, Carmen Ruggles and Daisy Garcia qualified to compete in the International Sustainable World Energy Engineering Environment Project competition in Houston, Texas.  At this event Carmen and Daisy had the opportunity to share the results of the multi-year scientific research projects they completed at Center High School while competing against the best students in the world in such endeavors.  Just earning a spot in the program is an outstanding achievement for any high school student. Additionally, Daisy Garcia was selected to represent the entire state of Colorado by carrying the flag at the 2014 opening ceremonies.  In doing so she joined a select club of past Center High School students who have earned this honor including Nick Arellano,  Morgan Hart, and  Alexa Lobato. 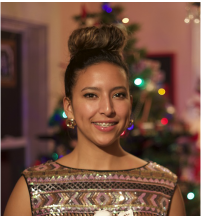 In April, Center High School senior and class of 2014 valedictorian Louise Vazquez was named a University of Colorado at Boulder President’s Leadership Council scholar.  The primary mission of the President’s Leadership program is to develop extraordinary leaders.  It aims to ensure that all students accepted into the program emerge with a set of well-polished skills that will set them apart as young leaders, successful in any sector or setting.  If this were not enough Louise Vazquez was also invited to present her scientific research project on wireless energy and resonance to the 2014 American Society of Composers and Poets (ASCAP) Expo in Los Angeles in late April.  If you would like to learn more about her project you can check out a video description of it here: https://www.youtube.com/watch?v=Z976Mg1HOE8 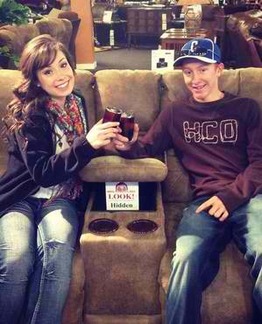 For the second straight year Center High School was the home of a Daniels Scholar.  In April it was announced that CHS senior Nicholas Lobato was a 2014 recipient.  The Daniels Scholarship Program honors students who stand out for their character, leadership, and service to community. The program encompasses much more than just financial support for college. Students awarded the Daniels Scholarship become part of a family of other Daniels scholars and gain access to a support network designed to help them achieve success both in college and in life.  Students who become Daniels Scholars are chosen because they embody the traits and values the creator of the program, Bill Daniels, identified as hallmarks of the program. Daniels Scholars stand out because they demonstrate exceptional character, ethics, and integrity, a hardworking nature and drive to succeed, strong leadership qualities, a well-rounded personality, compassion for others, and a commitment to give back to their communities.  Nick’s cousin Alexa was also Daniels recipient in 2013 and is currently attending Texas Christian University on a full ride scholarship. 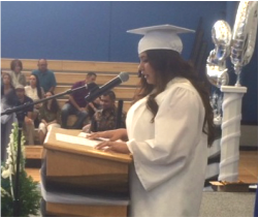 Center High School student and class of 2014 salutatorian Alanna Chacon represented the community of Center well at the 2014 Colorado State Science and Engineering Fair.  Alanna was named state champion in the senior division category of chemistry.  Alanna also was accepted to the prestigious Porter Scholar program at Adams State University based on her commitment to scientific research. The Porter was created to "support students who are majoring in either mathematics or science and is awarded on the basis of need and their ongoing academic achievement.  This award included the cost of college attendance including tuition, fees, books, room, and board, which could total about $10,000 per year for 4 years, equaling a total award of about $40,000 for Alanna's college career!

How About Those Viking Athletes!

This fall Center High School cross country athletes Camille Ruggles and Ashley Carter, coached by endurance athlete instructor extraordinaire Dennis Schoenfelder, ran well enough to qualify for slots in the Colorado State Cross Country meet.  Camille and Ashlee improved their running times all year long and capped off their season with personal bests at the meet.  As a nice follow up, both went on to qualify to run in the National Junior Olympics Cross Country meet in December in Kansas City.

In spring, 2014 the Center High School varsity baseball team won yet another Southern Peaks League championship under the guidance of legendary coach Lloyd Garcia.  They went on to win the district tournament in convincing fashion before losing a close game in the state regional championship round.  The boys then hung together to play upwards of 20 games during the summer as the "Center Pivots," hoping to capitalize on last years' success to advance further into championship play this coming spring. 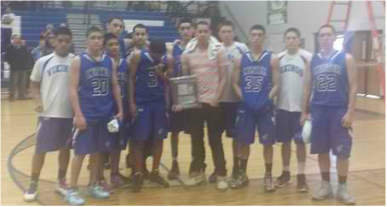 In March, 2014, after an exciting regular season, a second place ranking in Southern Peaks League play, and several nail biting finishes in the district tournament, the Center High School boys basketball team, coached by the extremely experienced court general Mark Jones, advanced to the regional tournament, and won a game while there for the first time in more than 20 years!  In the end the team fell only 5 points short of qualifying to compete in the Colorado State Basketball Tournament. 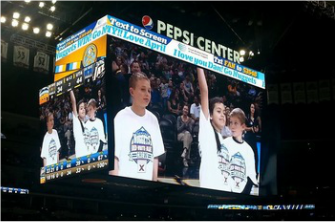 Though Center Schools has no official  program, Haskin Elementary School 5th grader and perennial Center Recreation program participant Natalia Cendejas, under the tutelage of her father Miguel, prepared for, competed in, and won at every level in the 2014 Colorado Optimist Basketball Skills program.  As a result Natalia was introduced to the entire crowd assembled at the Pepsi Center during a Denver Nuggets game this past spring.  With such a wonderful start to her career we look forward to many years of quality play wearing blue and white for the Vikings by Natalia Candelas during the rest of her school career!

#1 An Amazing Year in Wrestling 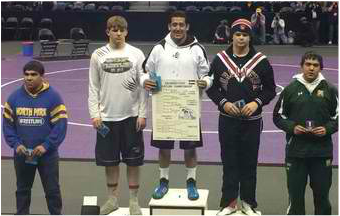 The 2014 Center Viking wrestling team won the Southern Peaks league championship, took first place at the district and regional tournaments, qualified 11 wrestlers to compete in the state tournament, and under the tutelage of long time coach Brian Ullery  nded the year with two state placers, José Chavez with a 2nd place finish and Luis Mariscal capturing a state championship title!

It has been a pleasure to reflect upon, and to take a moment to congratulate. all of our wonderful students and student athletes for their great accomplishments and for doing us all proud during 2014!