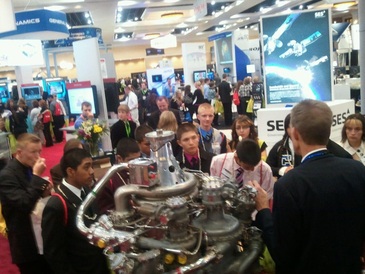 Because of the efforts of Center Schools Teachers Kate Newmyer, Daniel Newmyer, Gail Martinez and Diego Martinez, many students had the opportunity to attend the National Space Symposium convention this past week in Colorado Springs.  Annually the symposium is billed as the “premier gathering of the global space community.”  Attendance by our students offers them the opportunity to learn about the many jobs that are available in the space industry and what level of education they must achieve to explore such opportunities. 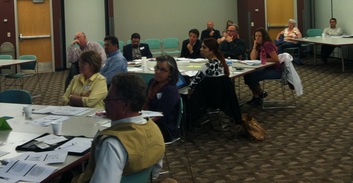 On Monday, Center Schools was visited by transformation partner Focal Point as the organization spent the entire day conducting end of year school progress evaluations.  The visit included presentations and discussions about various process and students achievement data by Center Schools principals.  Classroom visits were conducted, staff members were surveyed, and Center’s administrative PLC partners from the Monte Vista School District even participated in the day’s events.  After sitting in on Center High School principal Kevin Jones’s review process Monte Vista High School principal Scott Weideman reflected that he had never participated in or observed such a comprehensive performance review in his education career.

After Monday’s end of year building reviews, I spent the better part of the week finalizing Center Schools administrator evaluations in preparation for a special Board of Education meeting that was held on Thursday to consider next year’s administrator contract recommendations.   This year our elementary, middle, and high school principals were evaluated using the Colorado Department of Education’s SB 191 evaluation process for the first time, and this included the requirement to analyze student achievement data and having 50% of their evaluations based on that result.  Data which was used in this process included CDE’s Accreditation Performance Frameworks ratings for each school, CSAP growth data from spring 2011, and 2011-12 mid-year NWEA data. 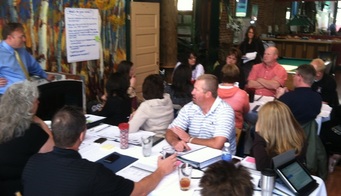 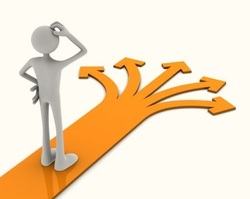 This week I made a recommendation to the Board of Education to transform Haskin Elementary into two new learning communities led by two different Principals.  This recommendation was made because I think breaking Haskin up into two schools (K-2 and 3-5) would create an environment where leadership would better be able to focus attention and support on a more manageable number of staff members and students.    In a world where the expectations of SB 191 for administrator and teacher evaluation will soon be a requirement, this would allow a level of supervision and support necessary to effectively implement the intent of the law.  Something like this was done at the grade 6-12 level several years ago by appointing two separate Principals to lead Skoglund Middle School and Center High School.  This has been very successful model and my recommendation is based on a hope to duplicate it.  The suggested plan would be able to create this change at no extra cost to the district than what we are already paying for administrative staff.

At its meeting last Thursday, the Center Schools Board of Education decided to wait until its regular meeting on Tuesday May 8th before making a decision about this proposal.  This will allow the BOE to consider all sides of the issue and to arrive at a decision based on administrative, staff, parent, and community input. 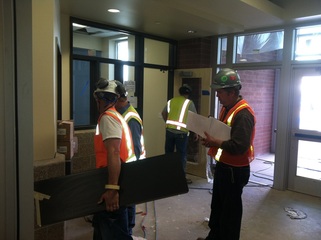 Unfortunately we received news this week that asbestos was discovered in the crawl space in the ceiling above the Haskin Elementary gymnasium.  The asbestos has been there since the gym was constructed.  We discovered it this week when Leonard Garcia, retired Director of Facilities, led us  to a crawl space we didn't know existed.  The asbestos found is and never has never  been a health issue since properly sealed asbestos remains allowable in  public buildings.  The reason this discovery has become an issue now is because we intended to conduct our graduation ceremonies in this space on Saturday May 26th.  Because  all asbestos must be removed from our old buildings before demolition takes  place (scheduled for early June) we will have to begin removing what was found in the gym crawl space once the school year is over and the building is unoccupied. Unfortunately this means the old gym will not be available for our class of 2012 graduation ceremonies.  Center High School principal Kevin Jones and I met with the Senior Class on Thursday to explain the issue and they reacted wonderfully to the bad news.  We are now making plans to do something special for the class of 2012 in an alternate location.

Architects were on site this past Wednesday to check on the progress of construction and to attend to minor details.

Many of you may have also noticed there is a new crane on site. It has been assembled because we will begin tipping up our new varsity gym walls as early as this coming week.

Unfortunately I have a very busy week of travel ahead of me.  After poking my head into buildings on Monday morning I will be travelling to Grand Junction to attend the annual West Slope Superintendent’s Conference, which takes place from mid-day Monday through mid-day Tuesday.  On Wednesday evening I will attend the San Luis Valley Teacher of the Year banquet with Center Schools teacher of the year Russ Braiden.  On Thursday I am back on the road beginning the day in Pueblo where I will attend a Colorado Association of Secondary School Principals meeting in my role as CASE President, then I will proceed to Denver where I will be a guest speaker at the Great Futures meeting in Denver.  The Great Futures meeting is being conducted to educate people from around the state about the crisis in education financing.  Later in the day on Friday I will be a special guest of president Beverly Ingle at the Colorado Education Association Delegate Assembly.  I’ll end my busy week by being the master of ceremonies on Friday evening at the Colorado Association of School Executives annual awards banquet. 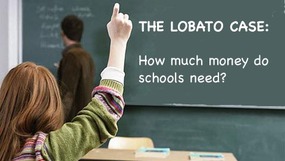 With the end of the 2012 legislative session fast approaching it seems interest in the Lobato v Colorado lawsuit has started to rekindle.  On Tuesday I read an Education News Colorado article about representative Wes McKinley’s bill that would significantly cut all other state department funding in order to remedy the current school finance shortfall as established by Judge Rappaport in her Lobato v Colorado ruling.  It sounds like McKinley knows his bill has no chance to become law but that he wants to force discussion about the problems which have been identified in the Lobato decision.

“One reason I want this to go to the floor is that this is the Lobato discussion,” said Rep. Bob Gardner, R-Colorado Springs. “What your bill will do is to force an ‘if it were to be successful’ discussion.  I’d like to have 65 people have that discussion.”

You can read this entire story by going to the following link http://www.ednewscolorado.org/2012/04/17/36874-a-lobato-debate-in-the-house

Thanks for listening again and have another great week.