Reflections on a 19 year education leadership career in Center 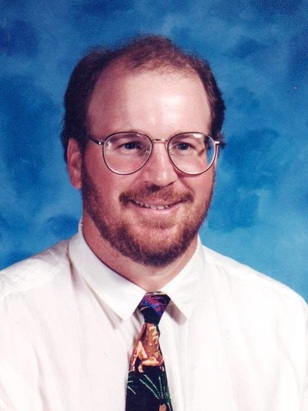 In the spring of 1996 my family and I made a decision to relocate from Tucson, Arizona to Center, Colorado so I could take on the duties as grade 6-12 principal of Center High School and Skoglund Middle School.  Thirteen months later I became the district’s superintendent of schools, succeeding Gary Kidd who departed in July 1997 to take on duties in the Littleton School District.

At the time I arrived in Center I became quite aware that the schools, and the district, struggled with its educational reputation in the San Luis Valley region.  A Colorado Association of School Boards communications survey conducted in 1994 indicated there was much community dissatisfaction with Center High School and Skoglund Middle School.  The graduation rate was too low (33%) the dropout rate was too high (12.9%) and parents feared for the safety of their children in school. Upon arrival I also noticed there was quite a bit of gang activity in town and the general condition of the school facilities were rough.  However, a major positive for the district was that my predecessor Gary Kidd had already installed the first San Luis Valley school district local area network and each teacher in each room already had access to a computer, email and the internet.

Other indicators of the district’s condition included a 1996 Colorado State University Tri-Ethnic Center study showing a whopping 78% of Center High School juniors and seniors admitted to already having used marijuana, and student participation in concurrent enrollment coursework between high school and college was virtually non-existent.

Because of the above factors, and the limits of my professional knowledge, the focus of my first decade of work in Center was getting a handle on student behavior, increasing the value for education within the community, pursuing more excellent staff members, expanding the district’s use of technology to support instruction, and working toward incremental improvements in the district’s facilities. 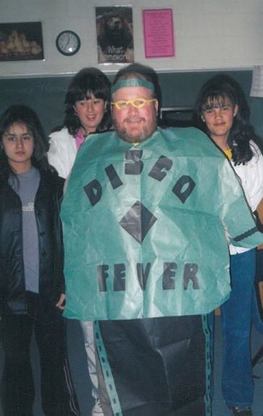 A story I like to share from the time is the fact that we discovered many of our high school students were leaving campus each day when they had to go to the bathroom because the school’s facilities were broken down and in disrepair.  This was a matter of personal dignity.  In time we addressed each of the above concerns. Some solutions simply involved policy adjustments.  Others required attracting and hiring specialized personnel to support the instructional staff.  Many folks in the community might remember the various ways we tackled our many facilities issues.  We built a new high school wing, a bus garage, an auditorium, and an administration office through lease purchase financing processes.  We also added technology classroom space, new windows, an elevator, and upgraded old HVAC systems through the Colorado Capital Construction Grant program.  A constant throughout was we always made the budgeting decision to invest precious dollars in renewing instructional technology, eventually expanding from a computer in each classroom to one in the hands of every staff member and child.

Around 2009, thanks in large part to a 1.5 million dollar turnaround improvement grant, the administrators and staff members of the Center School District finally got down to doing the right work when it comes to instructional improvement.  Administrators, including myself, learned how to provide effective feedback to teachers for the purpose of improving instruction.  Teachers were given a clear curriculum to work from and additional support in planning to teach and measure student learning of it.   We were also able to afford to train all staff members and implement a scientifically proven reading intervention program for all students performing significantly below grade level. 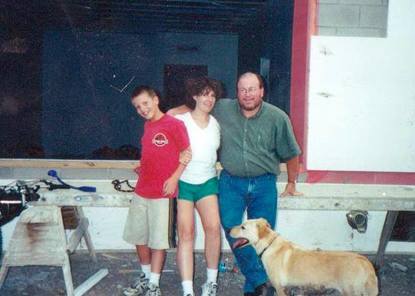 At around the same time the school district began to really strike pay dirt in its efforts to attain grants to support additional improvements.  Student and staff health and wellness grants were continually sought and secured.  Grants to secure Americorps and Americorps Vista workers to build the foundations of key programs around parent involvement, adult learning, and student enrichment were procured.  Finally, a grant to support the construction of all new school facilities was earned and an election won to provide the matching funds.

The end result is a fully accredited school district.  A Center High School graduation rate that hovers around 90%, a dropout rate that hovers around 2% and 75 of 180 CHS students taking, and passing, college level coursework this past year while still in high school.   Additionally, Healthy Kids Colorado Survey data now show fewer than 10% of our high school juniors and seniors are engaging in risky behavior such as using marijuana.


Today the Center School District has the reputation in the San Luis Valley as a place folks want to take their kids to learn.  Statewide we are viewed as a cutting edge district when it comes to curriculum, instruction, health and wellness, and use of technology to support learning.  Haskin Elementary School, Skoglund Middle School, and Center High School have each earned the top accreditation rating in the state.  Center High School is even recognized nationally as a school of opportunity.  The cherry on top?  I happen to think Center Schools has the most beautiful and up to date facilities in rural Colorado.
On Tuesday I attended my last Center Schools board of education meeting as superintendent.  Earlier that evening our board named our administration building after me.  I can’t tell you just how honored I am to leave on such a note.


Shortly after arriving in 1996 I began to realize transforming the Center School District was not a several year project, but more likely a lifelong endeavor.  Many times along the way I considered leaving for easier work.  However, it was always the opportunity to continue to work with the many great people from top to bottom in our organization that kept me here.

There is absolutely no way to thank everyone who has significantly impacted me in my time in Center so I apologize to those I have left off this list.  However, I feel I need to call out a few special people I have enocuntered.  Facilities folks like Leonard Garcia, Rich Brandt, Walter Martinez, Panta Villagomez, and Teddy Garcia (who then became a classroom paraprofessional and now keeps our student technology devices operating) among many others.  Transportation folks like Wayne and Mike Phillips, Nadine and Cipi Pachecho, and JoAnn Clutter.  Food service employees like Judy DeHerrera, Dianna Valenzuela, Jeannette Garcia, and Rosa Ramos (who graduated from our alternative high school and moved on to serve children as an instructional paraprofessional). 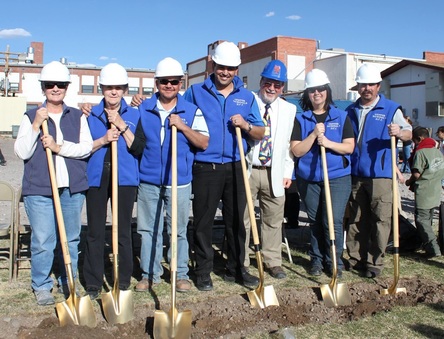 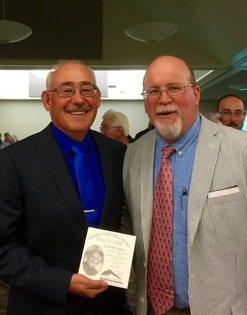 Speaking of Charleen, Kathy, and Kevin, they also became some of the best darn administrators this or any district has ever seen along with Lori Cooper, Fred Garcia, Sherry Phillips, and Sarah Vance.  Then there is the administrative office staff who, without their hard work and diligence, I never would have been given the opportunity to focus on actually improving instruction for students.  Peg Dalby and Sean Monroe served as finance directors.  JJ Beiriger and Jessica Ornelas have served the district as office and financial assistants.  Finally, Betty Barela Casanova has been my constant companion in Center Schools from day one, starting as my administrative assistant and rising to the level of finance and personnel director.

Then there have been the absolutely amazing board members I have been blessed with.  Starting with Janet Kuntz, board president, and the glue that held the district together from 1995 to 2003.  I did my best to name what is now the auditorium after her, and the school board approved it, but she just would not let us.   On to Ernie Myers who taught me so much about dealing directly with conflict.  To Kim (Martinez) Duran, Miguel Cendejas, Richie Barela, Yuri Cendejas, and the incomparable Michael Lobato.  Yes Michael, I have worked with some truly great ones, but YOU are the best board member I have ever worked for. 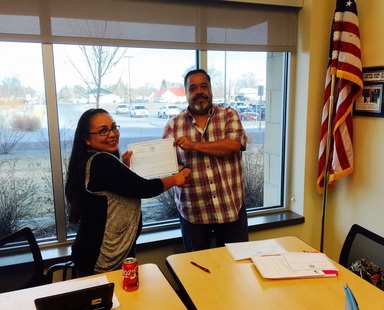 Probably what I am most proud of upon my departure are the young men and women who have staffed our building who also graduated from Center Schools.  Melissa and LJ Garcia were outstanding teachers who just happened to earn their diplomas from Center High School and are now key leaders at the San Luis Valley BOCES.  Teddy Garcia, Rosa Ramos, Alondra Chaparro, Ascencion Najera, Mike Martinez, Chris Segura, Martin Ramos, Brisa Macias, Soyla Guadiana, and this kid named Stefan Welsh are among others.  Of course there is also Misty Montoya Palacios who is a graduate of our alternative school and now helps to govern the district from her position on the board of education. Then there is the student I am most proud of. Julio Paez, who in my opinion, has risen to the level of the best director of technology in the entire state of Colorado, if not the nation.

Finally, I have to thank a woman named Rebecca Reed.  A special education teacher, and school and public library director who put her heart and soul into her job and has kept this superintendent of schools’ spirits well cared for during the past 16 years.  Becky, out of utmost respect many of the folks above have referred to you as their “first lady.”  You will always be that to me.

As you can see, there is no way Center Schools could have made the advances it did without the great people who have put their heart and soul into ensuring its success. 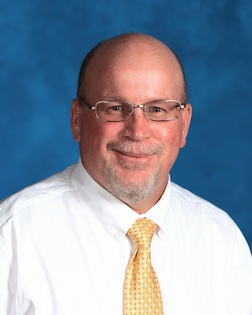 As I wrap up my 19 year career in Center I want everyone to know I believe the future of Center Schools can be a truly bright one, but only if the citizens of the district who truly value education and the advancement of our children continue to prevail in school board elections.

Good governance matters.  I believe that with good governance steeped in supporting the systems that are already in place, the capacity of the district to advance from accredited to accredited with distinction is already in the building. By this I mean the staff, and the students I leave behind.

Thanks once again for your trust and support, for allowing me to work with your children, and for listening to me drone on for all these years.