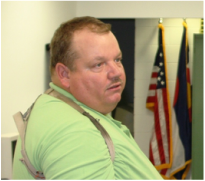 This week we received a very nice letter from a cousin of Mr. Jim Hood, a former Haskin Elementary School teacher who passed away last fall.  Jim was a long-time Center Schools employee who left the district at the end of the 2009-10 school year.  It turns out Jim’s family members made a generous donation to the Haskin Elementary staff.  It was their wish that something be purchased in Jim’s memory that would contribute to staff morale.  The building leadership team decided to purchase two Keurig coffee makers, one for each elementary staff workroom.  I want to thank the Hood family for being so kind as to think of such a way to honor Jim’s memory by keeping his teaching colleagues in mind. 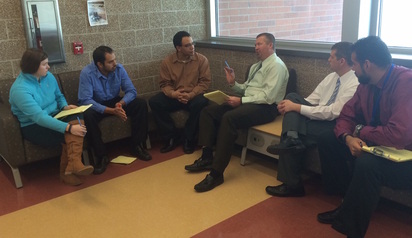 It was quite a busy week for our middle and high school staff members and principals.  On Tuesday they hosted a regional principal professional learning community session where 10 building leaders from around the Valley participated in classroom instructional walkthroughs and discussed how they might best offer feedback and support to teachers based on what they observed.  On Wednesday our secondary principals Kevin Jones and Luis Murillo experienced an on-site mid-year building review while also taking teachers on instructional walks in an effort to employ their expertise in offering feedback about how their colleagues could further improve their instruction.  Both of these sessions were facilitated and supported by by educational consultant Ted Knight.

On Friday Kevin and Luis attended a student collaboration conference hosted by Monte Vista schools, along with many student leaders from Skoglund Middle School and Center High School.  This event gave many of our students and opportunity to learn about leadership, organization, and activism with their peers from throughout the region.

On Friday I attended a statewide gathering of superintendents at the Fountain-Fort Carson School District, south of Colorado Springs, to discuss priorities regarding this year’s public school finance act.  At this meeting we remained committed to our desire that the governor and legislature increase education funding as required by Amendment 23 (based on new students and inflation rate) whole adding an additional 270 million dollars on top of that to alleviate the many cuts that took place during to the great recession.   The most significant thing that happened at the meeting was the commitment made by the large, urban school districts that the first 20 million dollars of any of this extra funding be allocated per pupil to small rural school districts as defined by the Colorado Department of Education.   This is truly significant since Governor Hickenlooper has already budgeted 200 million dollars above the Amendment 23 requirement.  If we can now convince the legislature to support this statewide superintendent priority Center Schools will get roughly 500 dollars extra per student in funding next year, even before the rest of the dollars are allocated! 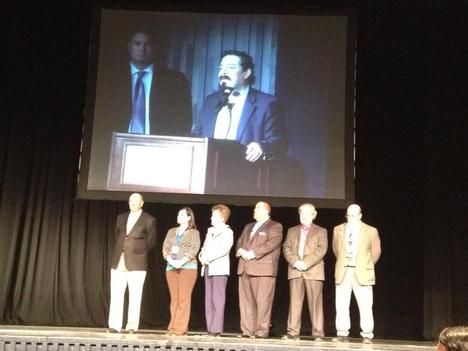 Last Friday the Center School District received a communication from Saguache County Clerk and Recorder Carla Gomez saying our recall election has been changed from Tuesday February 24th to Tuesday March 17th.  She said, “With four different potential recall petitions in circulation, each with different completion deadlines, our aim is to hold each recall election on the same day.  We worked with the Secretary of State's office to identify an election date that would work best for the District's voters.  Working together, we initially designated February 24 as the date for the two recalls that have been approved for the ballot while still leaving time for other petitions to secure spots on the ballot.  Recently, the Secretary of State's office discovered that the election date could be extended to March 17, while still complying with the law.”

Thus, the recall election has now been moved to March 17th.  Mrs. Gomez says this date is currently set only for the two recall questions that are already slated for the ballot, James Sanchez and Phillip Varoz.  If the other two recall petitions against Richie Barela and Yuridia Cendejas remain sufficient by the end of their respective protest periods she will set the same election date so that all recall questions will appear on the same ballot during the same election.  She added, “We anticipate this date will best suit the needs of our voters, while providing a cost efficient option for the District's taxpayers.” 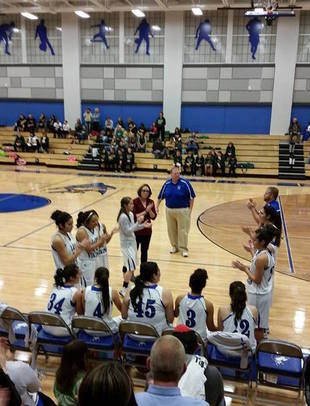 Last Sunday I spent a lot of time working on district mid-year budget adjustments.  On Monday I spent time working on regional PLC expense paperwork.  On Tuesday I attended the San Luis Valley Superintendent Advisory Council meeting in the morning, our District Accountability meeting in the late afternoon, and our regular January board of education meeting in the evening.  At the SAC meeting we made plans to continue our regional staff development collaboration next year by setting dates during which they will take place and by committing to having multiple district leadership teams receive common training so they can plan how to use those days.  On Wednesday we conducted our mid-year building external evaluation visit for the middle-high school. I participated in some instructional walks and had great conversations with Kevin Jones, Luis Murillo, and Ted Knight regarding what they think our next steps should be toward improving student outcomes in these grade levels.  On Thursday I worked on more Race to the top of the Valley paperwork and I worked on several federal programs budgeting issues with director of finance Betty Casanova and the good folks at the Colorado Department of Education.  On Friday I attended a statewide superintendent school finance advocacy meeting in Fountain-Fort Carson, but made it back to Center in time to watch our basketball games against South Park and to take a shot at calling the play-by-play on the live stream of the boys varsity game. 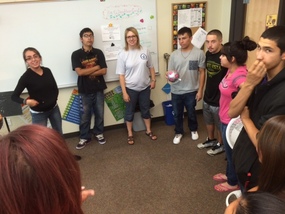 On Monday I have a meeting with Early Steps to School Success coordinator Alondra Chaparro to learn about the data she needs to collect on a monthly basis and to see how she goes about doing it.  On Tuesday my biggest work task will by preparing my part of the January payroll cycle.  On Wednesday we have another Individual Career and Academic Planning (ICAP) day in our middle-high and I will be hosting a San Luis Valley superintendent professional learning community session to share with other regional system leaders just how we go about doing this at Center Schools.  On Wednesday afternoon I will be meeting with representatives from the Monte Vista Masonic lodge about a possible donation of Center's old Masonic building just north of the school grounds to the school district for possible use as a Boys and Girls Club facility and senior center.  On Thursday I have another Early Steps to School Success site supervisor meeting.  On Friday the Center Schools District Leadership Team will meet to review progress being made on this year’s academic improvement plan and to start work on our 2015-16 plan.