As promised this week’s focus is on our finalized fiscal year 2012-13 budget.

In the state of Colorado a school district budget year runs from the beginning of July through the end of June.

When conducting our annual budget process in Center our first major task is always to try to pin down expected revenue streams.  This process is the same as a family or business would do in building its annual budget.  In budgeting you must always start from the standpoint of how much money you expect to take in to support your operations.

To begin our process of calculating our expected income we first do our best to anticipate the exact amount of our previous year ending balance.  This can be a bit of a moving target in June as quite often we can incur expenses and receive revenues related to the prior fiscal year (which ends on June 30th) right up through the end of August.

Our major streams of income for the 2012-13 fiscal year include an expected roughly $800,000 contribution by Center School District property taxpayers and $3.5 million in state equalization (also paid for by local taxpayers through sales tax and income tax contributions). 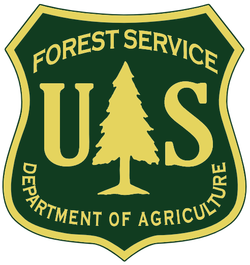 Two streams of revenue that the Center School District budgeted for the fiscal year 2013 that have not actually been finalized for approval include an anticipated receipt of $250,000 in “other local sources,” the bulk of which should be paid to us through a federal Erate rebate for technology expenses paid for by schools and libraries through a special phone bill surcharge, and an anticipated $500,000 in federal Secure Rural Schools funding that must first be accepted by Saguache County and then distributed through a negotiation process.  Congress reauthorized this important funding stream for schools in early July but the Saguache Commissioners have the right to choose whether or not to accept SRS or PILT dollars based on what would most benefit the citizens of the County.  If the Commissioners choose to accept PILT, Center Schools will not receive the SRS dollars we budgeted.

In addition to our anticipated revenues listed above, the Center School District expects to receive approximately 1 million dollars in federal grant revenues and more than 10 million dollars in bond redemption funds.  Federal grant dollars must be spent in designated areas such as on staff development programs, extended school year services for students performing below grade level, and specific instructional materials.   Bond redemption dollars must be spent on the completion of our new PK-12 school building. 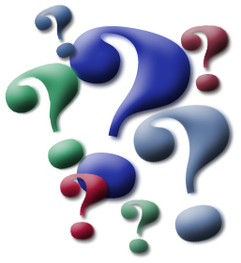 The first thing the district does when thinking about how it will spend its money in the coming fiscal year is to align its resources toward the achievement of its academic improvement plan.  Last week I shared the major initiatives the district will work on to improve student learning.  This week I can ensure you that the necessary dollars have been allocated, whether through our General Fund or our Federal Programs funding, to conduct the work we have set out to do in our improvement plan.  These costs will include staff development dollars related to training and additional teacher contract days, the purchase of classroom materials aligned to our goals, and an infusion of dollars into the elementary and middle schools to maintain smaller teacher to student ratios.

When it comes to expenditures the bulk of the Center School District budget goes toward paying the salaries of the people who ensure our kids are being effectively educated.  The district has spent the past 4 years significantly trimming its overall staff as a result of continuous revenue reductions but this year’s budget currently calls for the same staffing levels as last year, though no employee raises or steps have been budgeted at the moment.   Although staff levels have remained the same, the overall cost for maintaining our current employees has increased this year as district costs related to employee retirement benefits and employee health care have increased significantly.  As the school year progresses the district will look to leverage opportunities to reduce overall staff costs as circumstances arise. 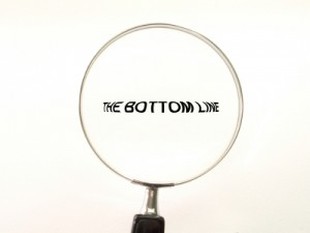 Areas where the district was able to reduce expenditures for the coming year include allocations for expected utility costs due to anticipated savings related to moving into a more modern and efficient facility, reduced maintenance repair costs due to renewed facilities and the fact that most of them will be covered under new construction warranties during the coming year, slightly reduced overall public library costs to bring them more in line with the funding we actually receive from the County, reduction of central administrative staff costs as a result of combining the business manager and human resources director position, a slight reduction in dollars allocated to custodial costs, and a bare bones furniture budget allocation as our new building project included the purchase of brand new furniture.

Other major goals we were able to accomplish include purchasing new laptops for 6th and 9th grade students as well as approximately one third of our staff members.

The bottom line of our budget allocates $17.8 million.  $10.4 million of this will be spent on building construction and the remaining $7.4 million will be spent on instruction and operations.  If we are able to follow our budget on both the income and expense side of the ledger our General Fund reserves should increase from $431,000 to $458, 000.
As per state law, the Center School District does its best to manage its dollars in a fully transparent fashion.  Interested community members can track budget allocations and monthly expenditures on our website at http://www.center.k12.co.us/admin/financials/