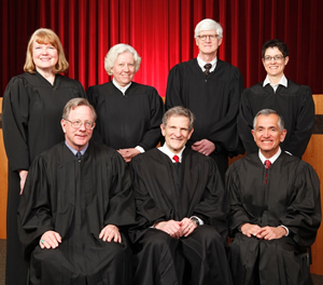 On May 27, 2013 the Colorado supreme court opinion in Lobato v Colorado leaked out and, unfortunately, the high court completely reversed the December 2011 opinion of Judge Sheila Rappaport by a 4-2 vote.

Because of the court’s decision, and its newly minted definition of “thorough and uniform,” for the remainder of our generation we will not likely be able to rely on the Colorado judicial branch of government to ensure there is an equitable and adequate system of finance to support our education system.

To read the actual decision of the court you can click on this link.

The decision began with this sweeping statement:

The court went on to say that by simply creating a formula, though it may be admittedly inadequate, the state HAS created a finance system that is “rationally related to the thorough and uniform mandate.”

Finally, the court ruled that the current finance system does not infringe on local school board control over instruction because the constitution provides local school boards with “mill levy override and bonded indebtedness mechanisms which authorize school districts to raise additional revenue beyond their total programs.”   The court said, “these mechanisms afford school districts the opportunity to exert additional local control over instruction by generating and using supplemental local funds.”  They add that, “while we recognize that disparities in wealth may impair a low-wealth district’s ability to pass mill levy overrides and bonded indebtedness, such a result, by itself, does not strike down the entire school finance system on Local Control grounds.

In conclusion, the court states:  We have held that courts must avoid making decisions that are intrinsically legislative. It is not up to the court to make policy or to weigh policy.  While the trial court’s detailed findings of fact demonstrate that the current public school financing system might not be ideal policy, this Court’s task is not to determine whether a better financing system could be devised, but rather to determine whether the system passes constitutional muster.  Our holding today that the current public school financing system complies with the Education and Local Control Clauses of the Colorado Constitution satisfies this Court’s duty to say what the law is without unduly infringing upon the policy-making power of the General Assembly. It thereby affords the General Assembly an opportunity to reform Colorado’s education policy, including the public school financing system, consistent with this opinion.

Importantly, two justices dissented from the majority opinion.  Chief Justice Bender wrote, “In my view, a thorough and uniform system of education must include the availability of qualified teachers, up-to-date textbooks, access to modern technology, and safe and healthy facilities in which to learn. The record, however, reveals an education system that is fundamentally broken. It is plagued by underfunding and marked by gross funding disparities among districts. The General Assembly has failed to . . . fund the increased costs necessary to educate children. Colorado’s education system is, beyond any reasonable doubt, neither thorough nor uniform. I would hold that Colorado’s method for financing public education is not rationally related to the General Assembly’s affirmative duty to provide and to maintain a thorough and uniform system of free public schools. This affirmative obligation requires the General Assembly to implement a finance system that provides Colorado’s students the education system to which they are constitutionally entitled. Hence, I respectfully dissent."

Chief Justice Bender added, “Student performance rates continue to decline. Colorado ranks 46th in the nation in the rate of high school completion. For those students who do graduate high school, 29% are not college-ready, meaning they must take remedial classes before taking college-level courses. In some districts, over 50% of students are not college-ready by graduation. According to Lieutenant Governor Joe Garcia, who testified as an expert in Colorado education policy, these percentages significantly increase for African-American and Hispanic students and for low-income students. White students are 36% more likely to complete college than Hispanic students. This is the largest “degree attainment gap” in the country and twice the national average. Additional funding is required to close these achievement gaps, but, according to John Barry, superintendent of Aurora Public Schools, “we have been on a steady decline on our resources available to move student achievement and close the achievement gap.”

Hobbs also quoted Taylor Lobato testifying that when she was at Center High School a single webpage took as long as 20 minutes to load during an online assessment test.

Hobbs concluded that:  The majority interprets “thorough” to mean “complete” and “comprehensive,” and “uniform” to mean “consistent,” holding that a constitutionally adequate system of free public education is “of a quality marked by completeness, is comprehensive, and is consistent across the state.” For the purposes of this dissent, I need not quarrel with the majority’s definition.  I agree with the majority that a thorough system of education must be complete and comprehensive—especially insofar as those terms require an education system to be of a certain quality to be constitutionally adequate— and I also agree that a uniform system of education requires some degree of consistency across districts. However, I cannot conclude, as the majority does, that the finance system is rationally related to providing a thorough and uniform education when the record reveals an education system so crippled by underfunding and so marked by gross disparities among districts that access to educational opportunities is determined not by a student’s interests or abilities but by where he or she happens to live. In my view, Colorado’s constitutional guarantee demands something more. Colorado could achieve a constitutionally thorough system of education with adequate funding. Colorado could achieve a constitutionally uniform system of education with an equitable method to distribute available funds. Having reviewed the extensive trial record, the Public School Finance Act (PSFA), and the other funding statutes, I am convinced that Colorado has done neither. 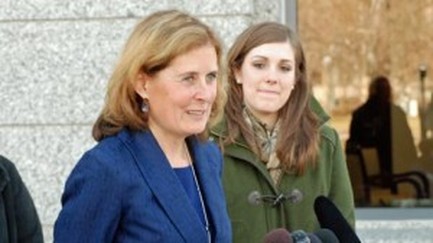 On a final note regarding the opinion, it looks the court has seriously opened the door to all folks to question whether or not current statute surrounding items like school and district accreditation, required attendance time, and high school graduation standards are constitutional.

In the end it appears the majority of the court simply did not have the will to require the legislature to fulfill its duty to design, and fund, a thorough and uniform system of education for the children of Colorado.

So where do we go from here?  We continue to try to do what is right.  We fight for adequate and equitable funding for ALL our kids.  Unfortunately it appears we can no longer rely on our court system to make sure this happens, so the citizens of Colorado will have to be the ones to find ways to ensure that our elected officials no longer pass unfunded mandates or ask us to do things we haven’t been given the resources to accomplish.  We have to seek statewide support for education by electing people who reflect this value and by acting on ballot questions that will help to bring about real change.

It is my belief that this decision is a tremendous kick below the belt to students and educators.  We will all hurt for quite some tome time as we reflect on it.  Yet, as educators, I have no doubt we will all rise to the challenge to do yet more for kids with even less to work with, and with virtually no hope that significant change will occur any time soon.  I fear this education system we have designed will eventually become bankrupt and unsustainable.  How tragic that will be for the state of Colorado.

It is never wrong to do what is right.  Fighting for the resources needed to give EVERY child the opportunity to learn and become a productive member of our society is simply the right thing to do.