On Thursday it was announced in the Washington Post that Center High School has been ranked as one of only 17 of the nations Schools of Opportunity by the National Education Policy Center.  These outstanding schools demonstrate a range of practices to ensure that all students have rich opportunities to succeed. As the NEPC states, these schools put students, not test scores, first.  The Schools of Opportunity rating project was created because current ratings programs aimed at identifying the nation’s best high  schools include an approach that tends to reward only schools that are affluent or those that enroll a selective group of students.  The NEPC says, "It is time we recognize schools that do outstanding work with a wider range of students.”  Schools of Opportunity project leader Kevin Welner, from the University of Colorado at Boulder, said, “The schools we’re recognizing with this new project are all places you would crave to have your own children attend.”  Center High School went through a rigorous review process this spring to achieve this status.  To view the entire Washington Post article about Schools of Opportunity you can go to this link:  To view the NEPC story about Center High School you can go to this link: 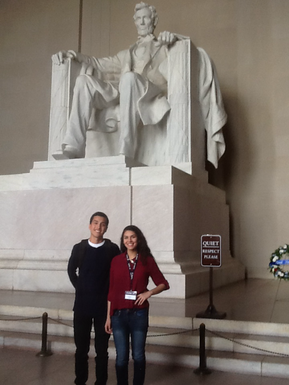 A couple of weeks ago several of our Center High School migrant education students, as well as seven other migrant students from the San Luis Valley, had the opportunity to travel to Washington, D. C. as part of the Close Up education program.  This trip was the culmination of a process operated by the San Luis Valley BOCES Migrant Education program where students first learned about local, state, and national governmental concepts.  Students did so by visiting Alamosa City Hall, the SLV office of U.S. Senator Michael Bennet, touring the Colorado state capital, then traveling to Washington, D.C.   As Center High School student Alyssa Tovar said, “Students arrived in D.C. on April 26th for a week of incredible experiences visiting the most beautiful buildings and monuments important to the history of the United States.  Two of these memorials impressed me very much. The first one was the Lincoln Memorial because I had learned so much about Lincoln and the Civil War and all he had done to keep the nation united. The second monument that impressed me most was the World War II Memorial.  It was the largest monument in Washington, and all states were represented along with the soldiers who served or died in the conflict.  Each state had a wreath with symbols meaningful to the state.  It was a beautiful park-like setting.”  These past few months were a great experience for our migrant students as they were able to learn how our government works while also learning more about the cultures of Cuba, Chile, Venezuela, Africa, India, Puerto Rico, Asia, and China.   Alyssa's dream is the same as the dreams of people from these countries: to become a good citizen and have a better future for her family. 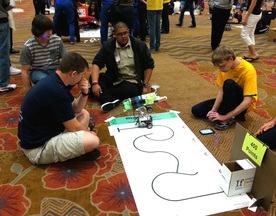 Two Center High School Students, Mason Torr and Michael Ward, and one area home school student, John Tucker, competed in Robo Rave 2015 in Albuquerque on the weekend of April 30th.  There were over 1,600 students from around the world at this event, including representatives from France, Japan, Mexico, China, Colombia, Nigeria, and Zambia. Mason, Michael, and John designed and built their robot using Legos, programing it to start at a home base, then to follow a specific path.  Their robot also carried a payload that had to be dumped into a small box, and this process had to be repeated as many times as possible within a three minute time span.  This was their first major competition and our boys scored in the top half of those participating. 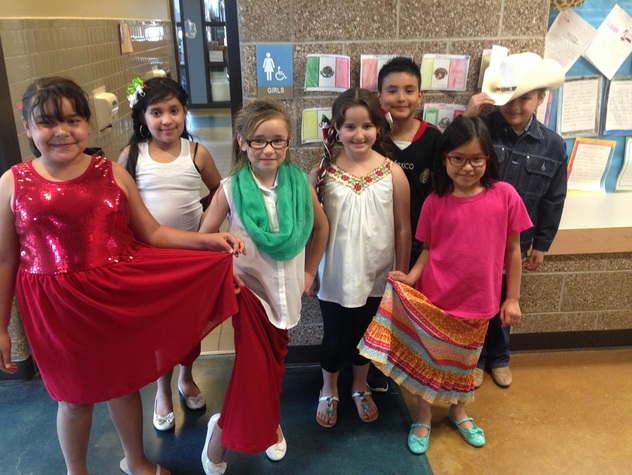 Finally this week I want to thank the many people who did such a wonderful job of putting on a nice community Cinco de Mayo celebration for parents and students.  Last Tuesday, Center Schools contracted counselor Katrina Ruggles and her team of Americorps workers arranged a special event that included wonderful food, student displays of art and classwork, and a live musical performance that induced dancing by staff members and community members alike.  Roughly 40 participants joined the celebration, and the result was a great opportunity for our staff members to connect with parents of the children they work with. 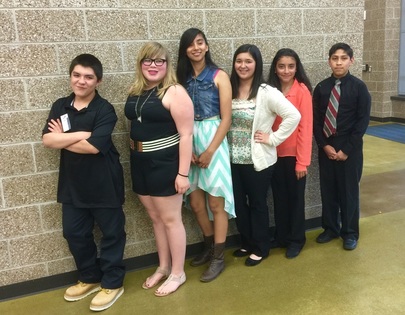 With only two weeks remaining in the academic year, our schools in Center are beginning to attend to traditional end of year activities such as awards assemblies, concerts, honor society inductions, and transitional celebrations. In addition to day-time awards ceremonies that will take place this week, we will also hold our annual high school awards evening ceremony, and high school National Honor Society induction ceremonies.  This coming Saturday students from the Academic Resource Center and the Center Virtual Academy will receive their diplomas.  Next week our 5th graders and 8th graders will transition to new schools. Finally, our Center High School Class of 2015 will hold its graduation ceremonies on Saturday May 23rd.

We have a regular board of education meeting on Tuesday May 12th during which we'll renew non-probationary teacher contracts, hire some new teachers and coaches, and rehire some key district program directors. 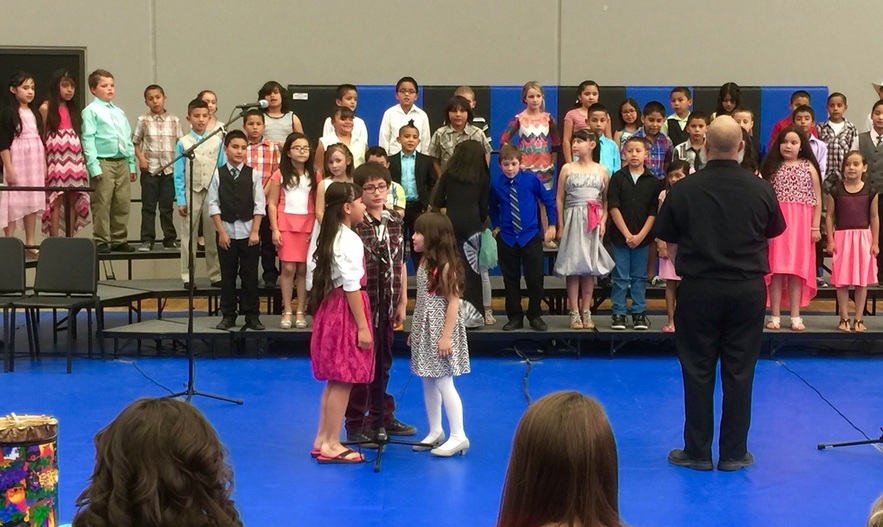 On Monday evening I attended the Skoglund Middle School National Junior Honor Society induction ceremony.  On Tuesday we hosted a Cinco de Mayo family night.  On  Wednesday I attended a 2015-16 Regional PLC planning session with other school leaders from around the San Luis Valley, and that evening our grade 5-12 instrumental music program held it's spring concert.  On Thursday at Noon I met with preschool director Nicole Rockey, board president Michael Lobato, and board vice president Yuridia Cendejas about possible expansion of the Center Preschool program for the coming school year.  On Thursday evening our annual Haskin Elementary School spring concert took place. 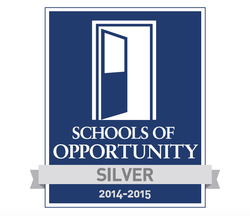 On Monday I will take part in a series of meetings with folks from the Boettcher Teacher Program and various SLV agencies.  I will also attend the high school evening awards program in the auditorium.  On Tuesday I will travel to Alamosa for the May San Luis Valley Superintendent Advisory Council meeting, then back to Center for our monthly district accountability and board of education meetings.  On Wednesday I have a Save the Children grant site visit, and on Thursday I'll be in several meetings pertaining to upcoming summer school programs.  Unfortunately I will miss our annual alternative and virtual school graduation ceremony this Friday as I have a few ceremonies to attend at Adams State University pertaining to family members.

Thanks for listening once again!